Why I’ve Changed My Mind About School Inclusion

My motive in fighting so hard for inclusion is different today than it was just a year ago.

I have a 10 year old daughter with Autism. She spends most of her time in an ASD classroom and some time each day in the regular 3rd grade classroom.

When she was just 4, I took her out of the early intervention pre-school and placed her in a fully mainstream class where she had a one-on-one shadow. I enrolled her in a dance class with the same arrangement, and I placed her in a mainstream religious school program with a volunteer shadow around this time as well. That was where I discovered that inclusion makes a huge difference for mainstream teachers too.

But, those things didn’t happen for us regardless of the time she spent in the mainstream/gen ed classes, and I’ve found over the years that my reasons to push for inclusion have changed. When she was in pre-school, it was great. The differences between her and her typical peers hadn’t grown to where it is today. She  was able to fit in a lot better, kids weren’t nearly as judgmental, and she actually had real friends.

As she’s gotten older, things have changed a bit. I’ve stopped hoping she’ll fit in with the typical kids her age. I’ve stopped waiting for the party invitations, or calls to hang out. I’ve realized that she isn’t going to catch up or blend in. Today, I still have hope that there are a few special children out there who will accept my daughter, embrace her differences, and be willing to share a relationship that might be a little more work on their part, but still feel rewarding.

I can’t be at school with her every day, so I’ll rely on the hope that kids can be good, willing to look out for the kids that need a little protection from hurt, harm, and being taken advantage of. Inclusion is the best anti-bullying campaign in the world. Typically developing kids can’t learn about the more vulnerable kids in their school if they’re kept in their own separate classrooms and not included in day to day activities, or if they aren’t invited to be a part of boy/girl scouts, or if they aren’t welcomed into typical activities.

Parents of typically developing kids: do you see kids with disabilities in your kid’s dance class? soccer team? selling girl scout cookies? You might need to ask the coach, troop leaders, summer camp directors how to open up the programming up to all kids. This isn’t just good for the socialization of kids with special needs, it’s good for your typical kids, too. This will help you raise kind, accepting, compassionate kids who will (hopefully) grow into kind, compassionate, accepting adults. Take action for your kids and mine.

As kids with Autism get older, there’s often less and less opportunity for them to be included in the general education classroom with kids their own age/grade. Still, I’m hoping that the typical peers can to find ways to embrace and include my girl. I need the good kids, the more sensitive ones, the ones with potential to become mini advocates to speak up when they see my child being bullied and made fun of. I’m not naive. I know she’s an easy target for weak kids who bully others to build themselves up.

My girl can’t protect herself from those kids. I’m counting on the community to create and nurture a safe, inclusive place for all kids, both the disabled and the neurotypical to thrive.

If we all push for more opportunities for school inclusion and our communities, everyone wins.

Dani Gillman is Cofounder and Head of Marketing at Birdhouse– a Detroit-based startup empowering parents raising children with special needs to learn more about their children through a behavior journaling app for iPhone, Android and the web. She’s also mom to an 11 year old daughter (who happens to have Autism) and a 2 year old son (who doesn't appreciate the value of naps). Why I Kept My Son’s Autism Diagnosis a Secret 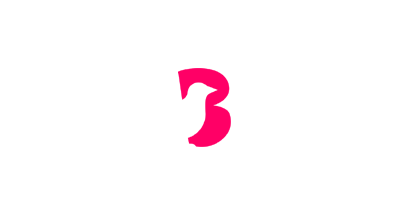